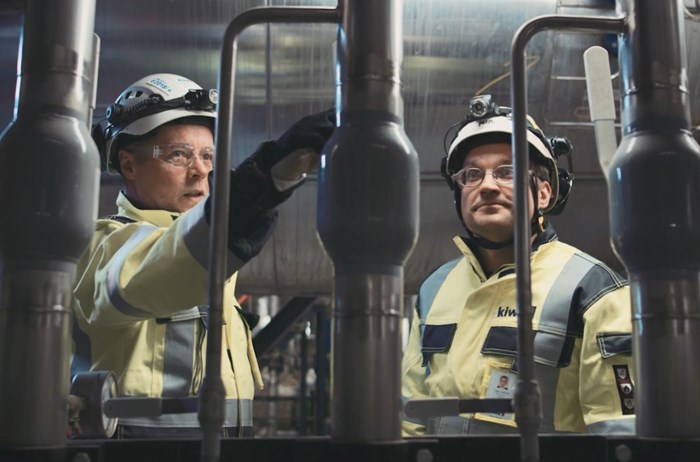 Materials used in pipelines, machines and other industrial assets have traditionally been inspected visually or by means of X-ray imaging on film. Our colleagues at Kiwa Finland are among the world’s leading experts in using a new method: digital radiography, or digital X-ray imaging.

In the beginning there was only a panel

Kiwa Finland started to work with digital X-ray in 1999 and its first digital solutions were clearly not 21st-century stuff. “There was a panel, and a need to develop a whole new software environment around it, including software adapted from image editing programmes,” says radiography pioneer Kari Latvala. “We did most of the developing ourselves, with the support of suppliers. The equipment we use today is supplied by Novo. This collaboration has lasted for a long time, so both firms’ employees are familiar with each other and can give each other direct feedback, ensuring smooth and mutually beneficial collaboration.”

Clear advantages from the start

Despite its rudimentary early form, Kiwa’s concept clearly made sense from the start. “Our first projects immediately produced good results,” he says. “This motivated us and our customers to continue.”

Digital X-ray imaging can be used for inspections of various materials such as plastics, composites, wood, aluminium, steel and concrete. It offers several advantages over film inspection, such as:

Straight from the start, Latvala and his team noticed that digital X-ray can be used to measure density as well as other factors. “For example, in old pipes we assess the level of corrosion and calculate the depth of the pitting based on the intensity response. At first, we had to manually create Excel files and graphs to make certain prediction diagrams possible, or to see which change of intensity is equivalent to the change of a certain material thickness. Now, data like this are available directly in the software. We just have to think logically about how radiation relates to changes in material thickness and so on. It always works, radiation is radiation.” 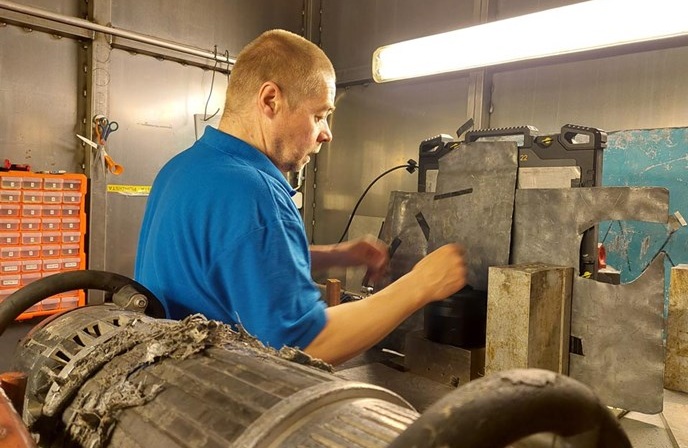 Very early on Latvala and his team realized that the users of the digital X-ray imaging equipment would need to get qualifications. Being pioneers, this meant they would have to build the qualification system themselves – which they did in the early 2000s. Explains Latvala, “One of the challenges in the digital X-ray market is that at European level there is no clear opinion on who is qualified to authorise qualification. That’s why we chose the “written practice way of working”. It works well: we’ve been granted approval by Finland’s Radiation and Nuclear Safety Authority for using digital radiography at nuclear power plants. And our system has been evaluated and approved by a third party according to the applicable standard of the American Society of Mechanical Engineers (ASME).

After the approval was granted, X-ray inspections at Finland’s nuclear power plants went digital practically overnight, including the plants’ classified equipment. Comments Latvala, “Of course, regular pressure vessels were already being X-rayed digitally before this, so our customers had gained a lot of positive experience with the digital method before we made the final transition.”

The equipment necessary for providing digital radiography services is available at all of Kiwa Finland’s offices, and both the hardware and the software are regularly updated. Yet equipment is not everything, Latvala stresses. “Anybody can buy equipment,” he notes. “But developing a strong company culture and the right ways of working is not easy. We started working on this from Day 1, and have been on a growth curve ever since.” Kiwa Finland employs about 70 NDT inspectors who are qualified to perform digital radiography.”

One key contributor to the team’s successful culture is open-mindedness, Latvala adds. “We began experimenting with an open mind and instantly realized that this was going to be the future.”

Another key element is patience. “People take time to accept new things; change always meets some resistance. Inspectors have to be willing to adapt, and they have been. The change has been promoted and embraced with patience and commitment over the last 20 years.”

At the top of the game

With digital X-raying, Kiwa Inspecta has grown firm roots over the years. Now, many customers expect nothing else. “About 95% of screenings can be done digitally,” says Latvala. “Film might be used in certain situations, such as in spaces that are too confined for a panel, or under water. But film brings certain challenges digital does not. For example, the end result is visible only later, after the film has been developed. This means that if something goes wrong during inspection, we have to go back and create the images again. Digitally, the image is instantly ready, the inspection can be completed immediately, and the data can be sent directly to the customer.”

In fact, now that Finland’s Radiation and Nuclear Safety Authority has granted Kiwa Inspecta approval to perform the screening of classified components in nuclear power plants using DDA, or Digital Detector Array, technology, the firm ranks among the world’s top players in digital radiography. “From Finland, and with consistent promotion of our services by other Kiwa countries, we now see positive development in Sweden and Estonia,” says Latvala. “There, too, having the right people and culture is key. These ‘flame bearers’ will play an important part in the future of our field, I’m certain.” 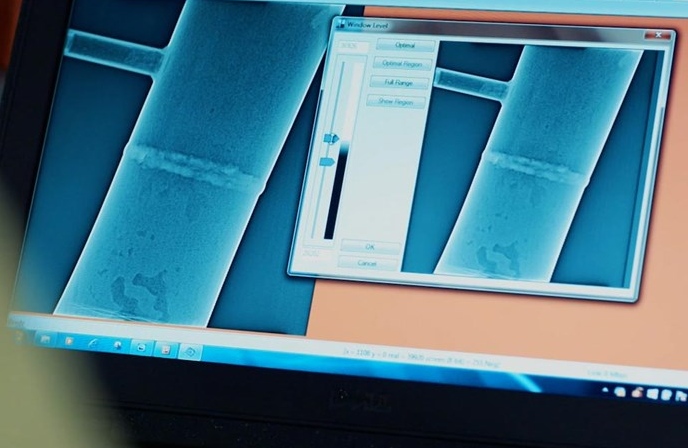 As a technology, digital radiography is significantly more challenging than film, says Latvala. “In the digital approach, the understanding of the specifics of radiation is different, and so is the process of getting a good image. The radiation is handled before the image is taken, and so we get a sufficient number of captured magnitudes for an image. More technological expertise is needed, too: in the conventional approach, the film is placed behind the object and shot with radiation in hopes of getting the right density; with digital X-raying, the image quality is adjusted at the moment of capturing. The skill to do this is not taught in any schools, so we provide internal training for our staff. We hope some competition will arise in the field, as it will push developments forward at a higher pace.”

The future of digital radiography

Latvala is excited about the future of digital radiography and about Kiwa Finland’s place as a pioneer in the field. “Our solid framework places in a good position from which to move forward. The equipment on the market is going to get more advanced. One challenge is that while equipment requirements are high, market demand in terms of volume on the industrial side is relatively low. In hospitals, by comparison, X-ray equipment usually stays in one place, so size doesn’t matter. Also, hospitals can make do with a lower image resolution, which means lower radiation rates, and therefore less risk. Factors like these help explain why in hospitals the digital revolution has progressed more quickly than in industrial application areas like ours.”

The importance of standardisation

On a broader scale, the development of up-to-date and relevant standards will support the advance of digital radiography, says Latvala. “A lot of work has to be done with regard to standardisation. The European standard for our work is focused on the wrong target, because it is based on film. It does not treat digital images as a separate entity requiring an approach that is different from that used for film. This means the pros and cons are often not correctly assessed, and certain areas in which digital radiography performs better than film are overlooked. However, slowly but steadily, this will change, too.”

How can we help?

Unlike film, digitally, the image is instantly ready, the inspection can be completed immediately, and the data can be sent directly to the customer.