Every few weeks a rower from the Kiwa fleet gives a glimpse into their life as a top athlete. This time, Veronique Meester is speaking, stroke of the Dutch Women’s Four.

Writing this blog, I'm feeling a bit tired from a tough week of training. The last couple of weeks we´ve been following a power-endurance training program. This is a very important period to build the base of our fitness for our race in Tokyo in July. Our last race was the European Championships in Varese, Italy, where we became European Champion in the Women's Four for the third time in a row. However, this race was very different from the first two Europeans. The first two years we were sure of our win, by the time we passed the 1000 meter line and we won with quite a big margin. This year the whole field was more competitive. During the heats, margins were smaller and we had really had to power through to stay ahead of the crew behind us. In the final, the Irish boat stayed with us the whole race and did a massive sprint finish. We really had to fight for every inch until the finish line to stay ahead. For now, it was enough. However, it was a good wake up call for all of us.

It is all about motivation

As you know the motivation aspect is one of the most important things in sports. It is crucial to be successful. But what I find very interesting is that every athlete gets his / her motivation from something else. When I look at myself I have to admit I am not always excited for every training, but then I think about the Irish crew and all the non-European crews that are going to be there in Tokyo, and it helps me to power through these weeks. For me this works especially well in an Olympic year like this, because you notice that all the other crews are focused and taking it to the next level. So we need to do that as well and have two more races to dot the i's.

Our next race will be the second World Cup in Lucerne, Switzerland. If you ask me. this tournament is held on one of the most beautiful rowing venues in the world: the Rotsee. The first international race I ever competed in (I was 18 at that time) was on this lake, so it always makes me a bit nostalgic to come back here. After Lucerne, we will travel to our favorite spot in Italy: Lago di Pusiano. Here we will go on a two-week training camp and finish it with the third World Cup in Sabaudia, Italy. These World Cups are our last international encounters before we leave for Tokyo.

I hope we will learn a lot from these couple of weeks and that it will help us grow even more as a crew. Then, the final preparation for Tokyo begins. We will have another training camp in Pusiano, where we will do the final touches and we can already get used to a similar climate as in Japan. All for the ultimate goal: a golden medal in Tokyo! 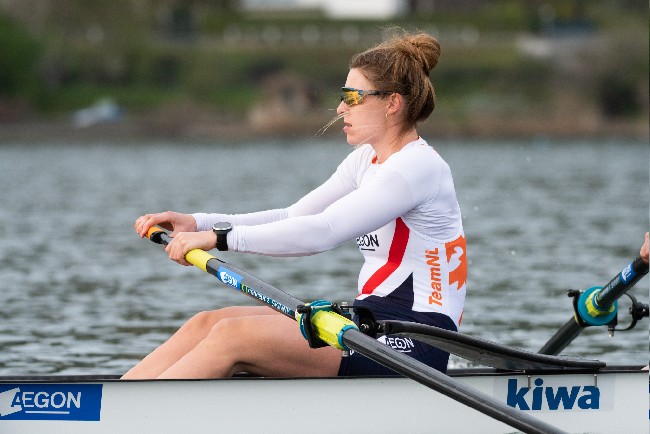