Together with grid operator Stedin, Kiwa has investigated whether the Dutch village Stad aan 't Haringvliet can switch from natural gas to green hydrogen. The hydrogen should be transported via the existing natural gas network. The research shows that this is possible: in 2025 the city could be completely switched over to green hydrogen. The conversion can be carried out quickly and relatively easily and at not too high a cost.

Stad aan 't Haringvliet has around 1300 inhabitants and is part of the island of Goeree-Overflakkee in the southern part of the Netherlands. The village consists of many monumental buildings that cannot be insulated to the maximum without affecting them. Heat pumps (all-electric) are therefore not an alternative for these buildings. The absence of sustainable heat sources and the narrow streets do not make the village attractive for the pipes of a heat network. With green hydrogen, Stad aan 't Haringvliet can nevertheless switch to a sustainable heat supply. 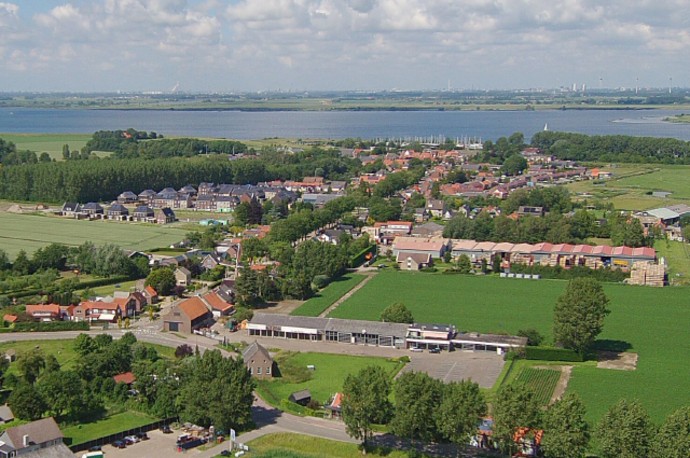 Green hydrogen is made from water and sustainable electricity. Stad aan 't Haringvliet is located on an island that, thanks to the presence of wind and solar parks, is ideally suited for the production and application of green hydrogen. However, a number of things must be arranged. In the first place, an installation must be constructed with which hydrogen can be produced. The existing gas network must also be adapted, among other things by "flushing out" all natural gas with nitrogen. And for the buildings, the traditional central heating boilers must be replaced by hydrogen boilers and the gas pipes should be checked.

Nevertheless, the switch to green hydrogen is relatively cheap. There is no need for a new network and residents do not have to insulate their houses as extremely well as they would have to with an all-electric energy supply, for example. The conversion of a home takes roughly half a day, which means that the entire village can be converted in a few weeks.

The plan for Stad aan 't Haringvliet originated from the “Covenant Green Hydrogen Economy South Holland: Energy Island Goeree-Overflakkee experimental garden”. Stedin is one of the partners and together with Kiwa started a study into the transport of hydrogen through the existing natural gas network in Stad aan 't Haringvliet. Discussions are currently underway with residents, the municipality and other stakeholders.

The report on the research by Kiwa and Stedin on the progress and applicability of hydrogen in the built environment can be downloaded here (only available in Dutch).

Kiwa has a pioneering position in identifying new applications for hydrogen. For an overview of Kiwa's expertise and services for manufactures, networks and suppliers please have a look at this page.