The Dutch Women’s Eight rowing team has won the bronze medal at the European Rowing Championships in Poland this weekend! Kiwa is one of the proud sponsors of this group of rowers, who have achieved a great result.

Due to the corona pandemic, the sports year 2020 is different in everything and cannot be compared with any other year. So it was the big question beforehand how everyone would appear at the start of the European Rowing Championships (ERCH) in Poznan (Poland) last weekend. It was also the first moment in 2020 when Kiwas rowing ladies could take action on the water. Which resulted in a well deserved place on the medal podium.

Hermijntje Drenth, rower in the Dutch national Women’s eight, takes us through the race weekend: 'Overall, I look back positively on the ERCH. We managed to show our best rowing and have improved ourselves further during the weekend. I believe we are on the right track, but it is important to continue to look critically at ourselves every time. There are always things to improve and we will continue to do so.' 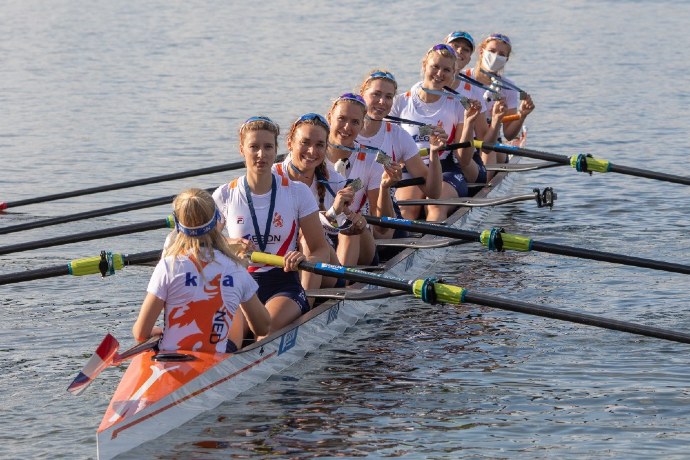 'And that is also necessary if we want to qualify for the Olympic Games', Hermijntje continues. 'During the qualifying tournament next year, the field will consist of almost the same rowing teams, but only a place in the top 2 will be awarded with a ticket to the Olympics. Precisely because we are a relatively newly composed team, I expect that we can still make many steps and that a first or second place is feasible. All in all, the ERCH mainly offered us perspective and confidence for the future'.

Since summer 2019, Kiwa has been a partner of the sweep rowing ladies in the Dutch Women's Eight. Initially, this collaboration was established until the Tokyo Olympics this summer, but given the unusual Corona circumstances, it has been extended. In collaboration with the Royal Dutch Rowing Federation (KNRB), Kiwa subsequently decided to extend the partnership one year, up to and including the postponed Olympics. Read more about why Kiwa sponsors the Dutch Women’s Eight rowing team here. 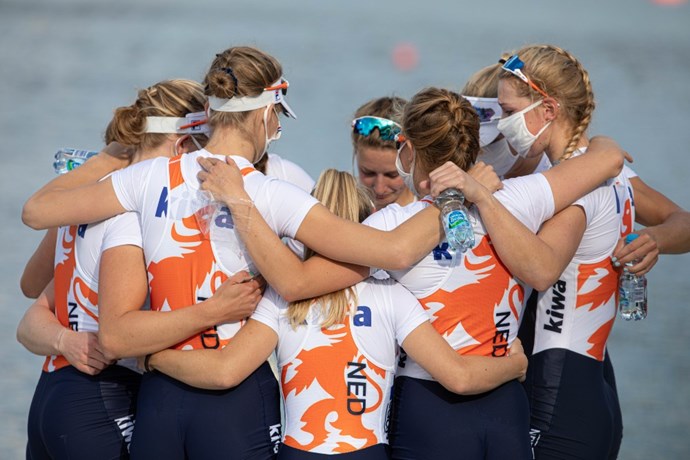