Since last summer, Kiwa has been a partner of the sweep rowing ladies in the Dutch Women's Eight. Initially, this collaboration was established until the Tokyo Olympics this summer, but given the unusual Corona circumstances, it has been extended.

The races in Tokyo would have already been rowed by this point in time and the medals had already been handed out – if it hadn’t been for Covid-19. Things turned out differently and the Olympic Games were postponed to July 2021. In collaboration with the Royal Dutch Rowing Federation (KNRB), Kiwa subsequently decided to extend the partnership one year, up to and including the postponed Olympics.

Expansion of the Kiwa fleet

Part of this agreement is that as from January 2021, two other boats will also be included in the Kiwa fleet: the coxless four and coxless pair. The four-seater boat has proven itself several times in the past, already has an Olympic ticket and is considered to be one of the candidates for a medal in Tokyo.

Earlier this week, the ladies from the coxless four and two were Kiwa-fied during an introduction in Amsterdam. A beaver shirt, a Kiwa water bottle and the famous cuddly beaver should not be missing. Conversely, Kiwa was taught a lesson in rowing: CEO Paul Hesselink got into the boat with three of the best rowers and made his first rowing meters on the water.

Near future: the European Championships

The selections have been made and the places in the boat have been allotted. Practice races are being rowed: the teams train together for many kilometers. But will it be possible to show their rowing skills in practice during a competition this year? That is and remains the question. The eyes are currently on next October, when the European Championships are scheduled in Poznan (Poland). Later this week a (provisional) decision will be made by the European Rowing Committee on whether or not the event can take place.

Would you like to know more about our sponsor ship or the Dutch Women's Eight rowers? Read more on this page. 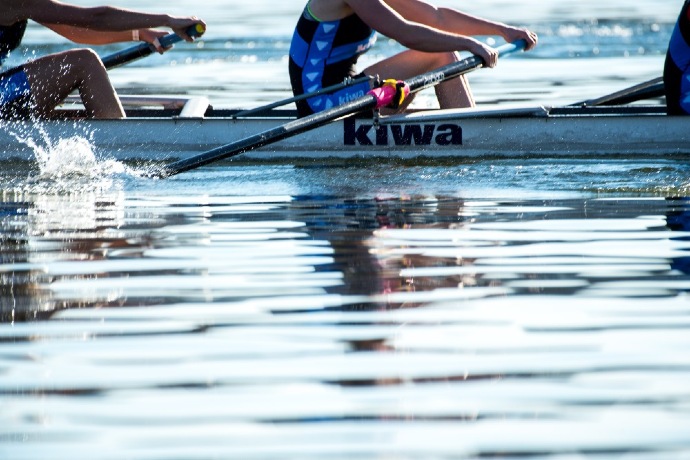