The potential of green hydrogen in the energy transition: the Octopus case

Moroni & Partners, part of the Kiwa Group, has recently performed vendor technical advisor activities for Octopus Renewables, an operator specialized in investment management in the renewable energy sector in the UK and Europe.

The technical due diligence activities were part of the signing of an agreement between Octopus Renewables and Italian multi-utility company A2A, regarding the purchase of an important portfolio consisting of 17 photovoltaic plants located in Lazio, Italy and in Sardinia.

The impact that hydrogen will have on decarbonization and its role in the energy transition will depend on how it is produced. One of the most important challenges for decarbonization will be the transition from the production of grey hydrogen to green hydrogen, in order to meet the European targets set for the 2050 strategy.

Green hydrogen is produced from renewable energy sources such as wind and solar, following the process of electrolysis, through which, thanks to electricity, water molecules are split into molecules of oxygen and hydrogen. Although it now accounts for only 5% of the total production in Europe, green hydrogen is considered a key element in the energy transition, because it does not generate CO₂ emissions.

According to the report published by IRENA, the International Renewable Energy Agency, green hydrogen could be key in decarbonizing sectors of the economy such as energy-intensive industries, the chemical and commercial transportation sectors, as well as aviation and shipping, which are still highly polluting. In addition, electrolysers that harness electricity generated from renewable sources, and stored hydrogen, could add flexibility on the supply and demand side of energy, facilitating the penetration of more wind and solar into the grid. 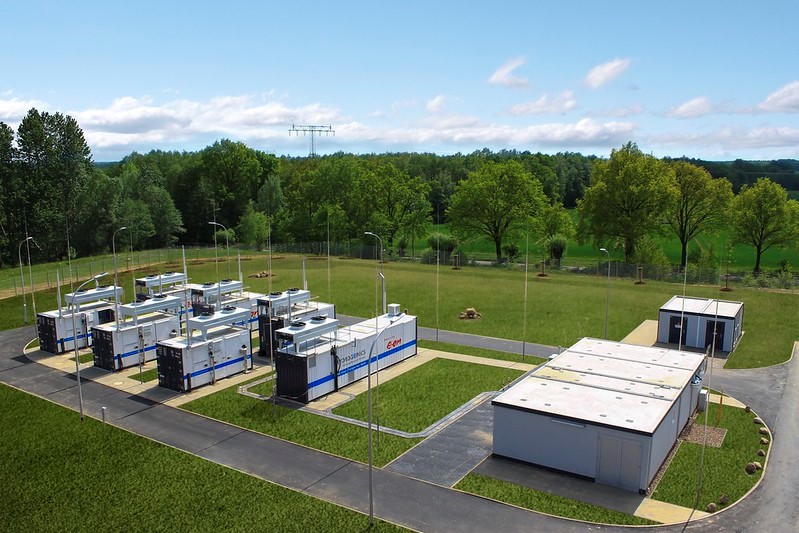 Hydrogen and renewables: the Octopus case

A2A is an Italian multi-utility company, that generates, distributes, and markets renewable energy, electricity, gas, integrated water supply, and waste management services. They won the tender for the purchase of an important portfolio consisting of 17 photovoltaic plants with a total nominal capacity of 173 MW. Nine plants are located in Lazio, Italy and eight are located in Sardinia.

The plants were sold for a consideration of 205 million euros, corresponding to an equity IRR of about 6%. The acquisition is subject to the approval of the Italian Presidency of the Council of Ministers pursuant to the Golden Power Decree. On behalf of Octopus Renewables, Moroni & Partners carried out technical authorization performance and production forecast analysis, as well as feasibility studies on electrical storage and production of green hydrogen.

The photovoltaic plants covered by the deal produce about 420 GWh per year of green energy, equal to the annual consumption of about 200,000 residential customers, allowing to avoid the emission of 2.5 million tons of CO2 over their entire life cycle. Speaking of green hydrogen, the setting of the study was carried out taking into account the location of the plants, the available space, and the maximum yield obtainable on the retail market of hydrogen and oxygen, in the absence of incentives, and momentary impossibility of inserting hydrogen in the existing methane gas networks. It has been hypothesized to create modular hydrogen and oxygen production solutions for sub-clusters, considering the issue of scalability, starting from a basic alkaline electrolysis module with a nominal capacity of 2.5MW.

The Octopus Tale project, one of the first of this dimension in the Italian and international energy scenarios, has had such a resonance as to require a further commitment of Moroni & Partners in two further activities of energy engineering and technical advisory, always related to green hydrogen, linked to the wind and photovoltaic sectors, for over 500MW.

At Kiwa, we support the market in meeting the challenges proposed by the energy transition. Thanks to the experience gained in the sector and the extensive knowledge gained in recent years at national and international level, we are now able to support the entire hydrogen production chain with the following services:

Would you like more information about our global hydrogen services? Please contact us using the form on this page.

Would you like more information about the hydrogen services we offer? We are happy to tell you more. Please contact us using this form.