Babcock Scandinavian AirAmbulance is the largest in the Nordic European countries on ambulance flights. With a fleet of both helicopters and aircrafts, they help patients from Sweden, Norway and Finland to get the right care. In 2015, they became certified according to ISO 14001, which led to increased environmental awareness throughout the organization. 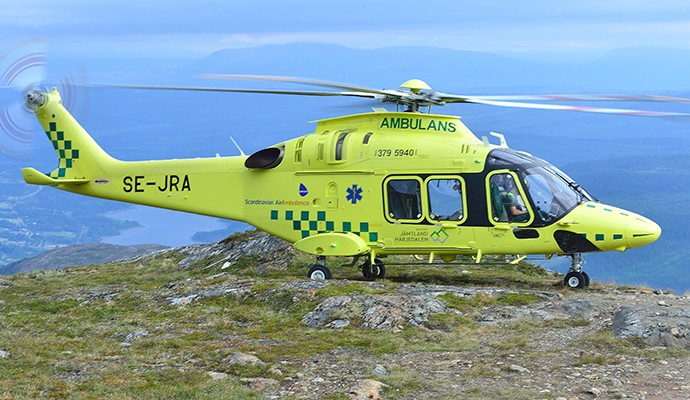 Lina Mahlberg, HSE manager at Babcock Scandinavian AirAmbulance, is responsible for health, environment and safety. She tells what certification means for the company. “Initially we passed ISO 14001 certification because of the requirements of our customers, which was included in the tenders we received. The first year we worked at a basic level and did what was required to get the certification. But over time, it has led to an increasing awareness within the company of all kind of environmental issues."

"For example, we consider which cars we lease based on environmental requirements. Our pilots use flight modes that require less fuel, which is comparable to EcoDriving for cars. We also have the objective not to fly with empty aircrafts. If we fly a patient to Luleå (Sweden), the pilots can stay there overnight and take a patient with them on their return journey in the morning. These examples of changes in our work show that working in a more sustainable way is not always as difficult as you initially think.”

Kiwa Inspecta Sweden has carried out the ISO 14001 certification of Babcock Scandinavian AirAmbulance. Lina Mahlberg explains why they chose for Kiwa: “We had already hired Kiwa Inspecta for our quality certification in accordance with ISO 9001. When we wanted to go for environmental certification, we also took quotations from other companies, but in the end we chose Kiwa Inspecta.”

Why certify your business?

Lina Mahlberg: “The ISO standards are made so that many parts of them can be merged, it is not difficult to add one for certification. It is also nice that the certification auditors can check on the entire business once they are here.”

“Working according to the standards can be difficult, but eventually it is a good tool for being able to work in a structured way.”